It is fitting that the last performance of the Quad City Symphony Orchestra before Covid closed was Verdi’s Requiem, a piece written in memory of a dear friend. The first fully-attended Masterworks program since then (October 2-3, 2021) will feature Dvorak’s “New World” Classical Symphony. It’s a whole new world for sure, as the pandemic continues.

Mark Russell Smith is Music Director and Conductor of the Quad City Symphony.

a Sunday afternoon at Centennial Hall (at Augustana College in Rock Island) for the first time since March 2020.

“It made sense for us to do the whole season the same way, so we did everything at the Adler,” executive director Brian Baxter said recently of the 2020-21 season in downtown Davenport. . During this time, half of the concerts were performed without an audience and all were offered online for up to 30 days.

Conductor and Music Director Mark Russell Smith said he and the orchestra were delighted to return with no limit on audience capacity.

“Having people clapping and turning around and not playing in an empty room is very exciting,” Smith said. “Absolutely, with a potential full house and a lot more people, the energy is going to be really great. It’s gonna be an electric night, I really mean it. The people who will be there will be delighted. I am quite confident. That’s the question: when are people going to feel comfortable going out? It’s anyone’s guess. We hope it will be as soon as possible.

The first gig, they purposely wanted to “start with a big bang,” Smith said. “And with one of the greatest pianists on Earth.”

The first Masterworks concerts of the 107th season will take place on Saturday, October 2 at 7:30 p.m. and Sunday, October 3 at 2 p.m., featuring acclaimed solo pianist Garrick Ohlsson. The program will include Dudley Buck’s Festival Overture on American National Air, Barber’s Piano Concerto, Op. 38, and Antonin Dvorak’s Symphony No.9, op. 95, “From the New World”.

From an orchestral perspective, Smith and the musicians still gave it their all in no-audience concerts at the 2,400-seat Adler Theater.

“A lot of their work was gone, so this time we got together was very special,” Smith said of the independent QCSO players. “It was even more special because they got to be the artists they were when they were denied this opportunity in so many other arenas. And it was a 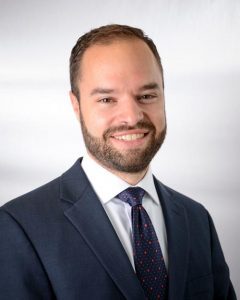 “Being able to commune with others, commune with great art and bring beauty to a world that was so damn ugly, I think that was very special,” said Smith. “It gave us energy and also encouraged us, really, to think about the importance of what we’re doing, and to commit to it again.”

Digital access also literally made the QCSO concerts more accessible to a much larger population (outside of QC) than those who had never been able to attend the concerts. Smith said his twin sisters in San Francisco and Portland, Ore., And his nephews and nieces who had never seen him direct before could watch online. “Really cool things like that that would never have happened before,” he said.

After this weekend, the new program for the season (excluding chamber music concerts) includes:

“Harry Potter and the Goblet of Fire” in Concert

The QCSO may offer digital access this season, but Baxter does not know which and how many concerts. “We were really proud of this product. I mean, I think they looked and sounded really good, ”he said.

All QCSO musicians, staff and volunteers have been fully vaccinated against Covid, and all audiences will need to wear face masks, regardless of their vaccination status. According to the CDC COVID Data Tracker, face covers will be required for all indoor QCSO concerts as long as community transmission remains significant or high in both or Scott and Rock Island counties.